Russia respects the choice of the French people, Russian presidential press secretary Dmitry Peskov said, commenting on the results of the first round of the presidential election in France. 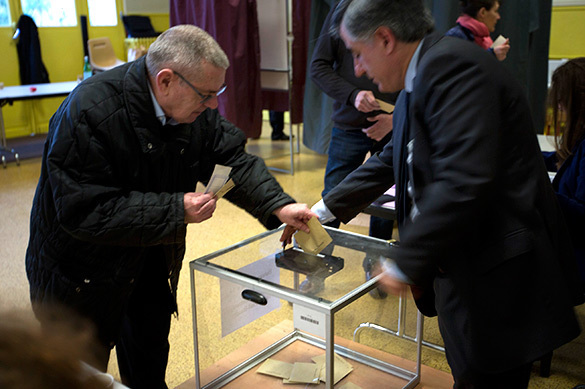 "We respect the choice of the French. We are supporters of good and mutually beneficial relations," Peskov said.

The final results of the first round of the presidential election in France were published in the morning of April 24. The leader of Forward movement, Emmanuel Macron, received 23.75 percent of votes, whereas Marine Le Pen, the head of the National Front, came second with 21.53 percent.

Many French leading publications have unanimously supported Emmanuel Macron and urged the French to make "the right choice" in the second round of the vote.

The second round of the presidential election in France will see the collision between two visions of the future of France: "France without barriers or a state hidden behind its borders," a columnist of the Swiss publication Le Temps wrote.