What will Montenegrin joining NATO spill over into?

The US President Donald Trump has signed protocol on taking Montenegro into NATO. The US has not made any public statements yet, while a Montenegrin national broadcasting company could not help notifying the whole world about it. 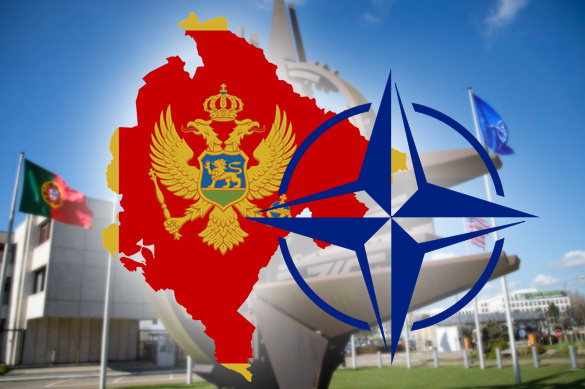 Thus, procedure of the US' ratifying Montenegrin membership in the North Atlantic Alliance has been officially finished.

NATO needs Montenegro. Value of the country is in its geographical position, port infrastructure, which is quite well-developed, which allows to use it for refueling of military vessels and arrangement of some more important facilities on its base.

But does Montenegro need this membership in the Alliance? There is no unanimity inside the country regarding joining the Alliance. The authorities have even refused conduct of a referendum on the matter, fearing that the majority would reject the idea. There has even been made up a story on a coup d'etat allegedly inspired by Russia.

And what about other countries? Serbia will find itself in a dire state, boxed in between two NATO states: Croatia - from one side, Albania and Montenegro - from another, Bulgaria and Romania- from the third one. It may provoke a regional armament race.

Russia claimed long ago that NATO's moving eastward generates concern. As far back as during Gorbachyov's times, talks were carried out, according to which agreements were reached that 'military infrastructure of the Alliance will not approach borders' of Russia. However, NATO rattle their arms at our frontiers more often.

Colonel Boris Podoprigora, former Deputy Commander of a united group in the Northern Caucasus, President of the St. Petersburg Conflict Resolution Club, has commented Pravda.Ru on the issue.

Access to the NATO countries is very tough. Thus, flow of tourists from Russia to Montenegro will definitely decrease.

The majority of Montenegrin citizens think not of NATO and politics, but how to secure maximum influx of tourists who provide almost 90% of the country's budget. And Russian tourists make up 50 to 70%.

Moreover, taking into account my experience of being in the Balkans, I can assert that Montenegro has always been taken as some resort of Serbia.

Majority of the Yugoslavian and then Serbian military preferred to stay not in Belgrade or any other famous places of Serbia, but departed namely to Montenegro, Herceg Novi or Kotor in particular. It is clear that these people were educated in good treatment of Russia.

Montenegro's becoming NATO's member will definitely impact relations of those who live by this tourism and tourists themselves. I remember statement of Milo Djukanovic, current leader of Montenegro, who was almost praying that Montenegro would never become an enemy for Serbia and Russia. And thus he has not managed to keep it.

One should feel it. Swimming some kilometres off the coast to the Adriatic, a guide speaks Serbian or Russian: 'Look, there are Russian ships, which have arrived to defend Orthodoxy'. And it was not long ago, but just yesterday. Given this, it is difficult to build any information policy which would justify Montenegro's belonging to the Western camp - an anti-Russian wolf. Various interested people will start combating it.

Which acts should be expected from the US?

It is difficult to say now whether any NATO combat facilities will be deployed in Montenegro. But as a military, I can say that the base in Kotor was one the chief ones among the former Yugoslavian Armed Forces. It was well-equipped and there were ships which controlled major part of the Adriatic.

As far as I know, there are no serious bases on the opposite side, in Italy. They are all on the oposite side of Italy, mainly near Naples. However, I can confirm that Montenegro is an important strategic point of the region. It is quite an important geographical unit in the NATO conglomerate.