Zhirinovsky to drink up for Donald Trump's impeachment

Vladimir Zhirinovsky, the leader of the Liberal Democratic Party of Russia will raise a glass of champagne for the resignation of Donald Trump, should the actions of the US president take him to impeachment. 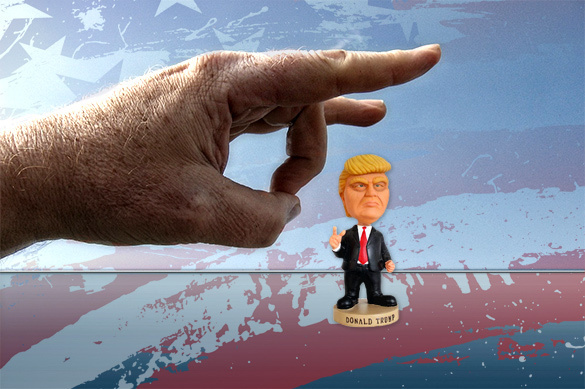 "A half of Americans voted for different foreign policies. Trump breaks his promises, and if he continues breaking them, his impeachment is inevitable," Zhirinovsky said, TASS reports.

The whole world supports Russia, the politician is sure.

In late March, National Security Adviser to the 39th Head of State Jimmy Carter, co-chairman of the supervisory board of the Center for International and Strategic Studies in Washington Zbigniew Brzezinski stated that Donald Trump would need to act as president, rather than a political showman to keep his leadership.

On April 12, US President Donald Trump accused Russia of exacerbating the Syrian conflict. In addition, Trump called Assad an "animal."

"Are we going to get involved in Syria? No," Trump told FOX Business.  "But if I see them using gas.... when you drop gas or bombs or barrel bombs - massive barrels with dynamite - and drop it right in the middle of a group of people ... you see kids with no arms, no legs, no face. This [Syrian President Bashar Assad] is an animal," he added.