US finds ‘Russian trace’ in chemical attack in Syria

The US tries to find a trace of Russia in the Syrian events. This time an unnamed high-ranking official has claimed that a Russian drone had allegedly flown above a hospital in Idlib during chemical attack. The source reported about it to the Associated Press. 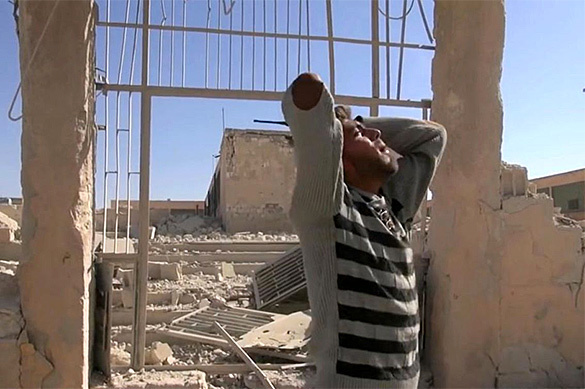 According to him, in some hours after the Russian drone had been noticed over Idlib, the hospital was attacked by an unidentified fighter.

Official presented ho evidence, however, he is sure it was not a coincidence.

It is strange though that Russian drones trigger such amazement at the US officials, as both Russia and the US use them in Syria to monitor acts on the ground.

As Pravda.Ru reported, on 7 April the US struck the Shayrat airport in Syria. According to data of the US intelligence, namely there troops which are allegedly responsible for a chemical attack in Idlib in early April were based. However, no evidence has been provided yet. Accusations from the West have not subsided even after experts, police men, journalists and officials visited the airfield and detected no stores or even ammunition with chemical weapon.

The Kremlin also used to remind that the fact of Syrian chemical weapons being annihilated had been proved by the UN Organisation for the Prohibition of Chemical Weapons.