No traces of chemical weapons found at Syria's Shayrat airfield

In order to prove the availability of chemical weapons at Shayrat airbase in Syria, one should send experts there, Russia's Defence Ministry spokesman, Major-General Igor Konashenkov said, reports Interfax. 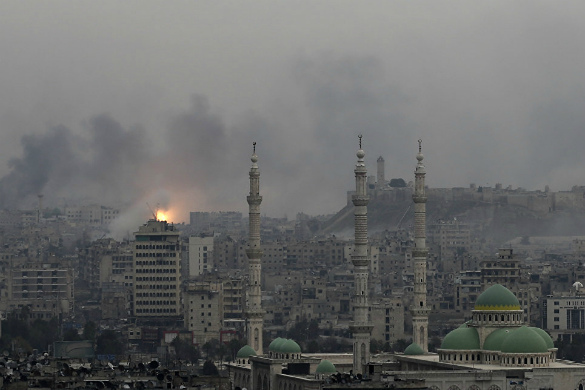 "Neither the Pentagon nor the State Department have provided any evidence proving the presence of chemical weapons at the airbase," the official said.

"The only way to obtain objective evidence of the alleged presence of poisonous substances at Shayrat airbase is to send a missions of professional experts there," Konashenkov said.

According to him, the possible presence of chemical weapons should be analysed with the use of special equipment to obtain samples, document them and conduct their scientific analysis."

Konashenkov noted that neither warehouses nor ammunition with chemical weapons have been found after journalists, officials with the local administration, police and many others visited the Shayrat airbase. All those visitors, Konashenkov added, did not wear gas masks and felt "perfectly normal."

On April 7, the US military conducted a cruise missile attack on Shayrat airbase in Syria's Homs Province. The attack was carried out from US Navy ships in the Mediterranean Sea. The Pentagon said that the attack came in response to the chemical attack in Idlib Province, which, as US officials believe, was conducted by Bashar Assad's troops. According to the United States, Syrian aircraft took off from Shayrat airbase before they gassed people in Idlib.