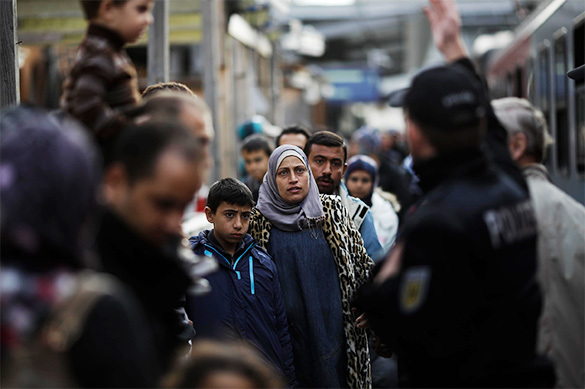 Alexander Gauland , deputy chairman of Alternative for Germany party called the numbers "absolutely insane" and said that German taxpayers could thus watch billions of euros falling into the social abyss. According to Gauland, Germany is simply unable to accept so many refugees.

Syrians comprise the largest group of people seeking asylum in Germany. In most cases, they receive additional protection rather than the refugee status, which means that they have the right to stay on the territory of Germany for one year, although the time limit can be extended.

More than 5,000 migrants died in 2016 as they were trying to cross the Mediterranean Sea to reach Europe. About 363,000 managed to reach European countries, the International Organization for Migration (IOM) said.

Germany took most of the heat as the country has accepted nearly one million Muslim refugees, according to official data. This has raised social tensions in the country and triggered terrorist attacks and other acts of violence that occur on a regular basis.