The Donbass militia has repelled an attack of the Ukrainian Armed Forces in the south of the Donetsk People's Republic at the village of Kominternovo. A militia man named Maksim (using the call sign Indus) has stated, 'we have beaten off. All are present. There are wounded'. 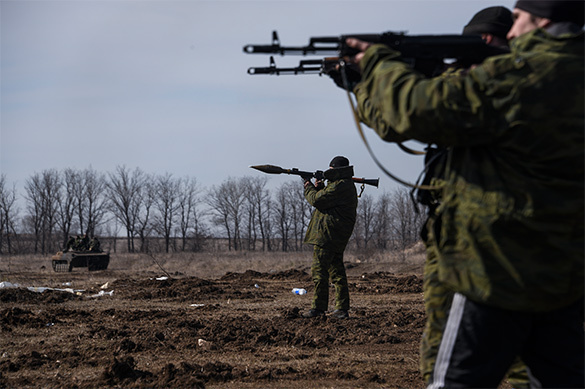 As Pravda.Ru reported, the operational Command of the DPR revealed overnight that the Ukrainian military tried to breach defence of the Donbass defenders near the village of Kominternovo. Two troops started attack under the cover of mortar shelling and armoured equipment. However, the Ukrainian Armed Forces had to retreat into their jumping-off positions.

As a result, the Ukrainian army lost 10 people. 5 more are wounded. The DPR has 3 injured citizens.

It is also reported, that because of the Ukrainian Armed Forces' shelling residents of 7 locations of the Novoazovsk region are left without electricity.