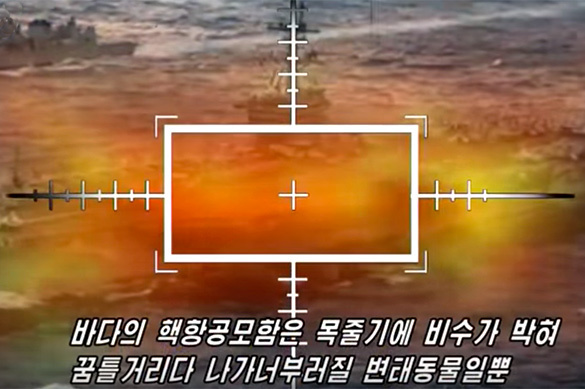 A video with an American aircraft carrier and a military aircraft has been reveled in the Internet.

The South Korean Yonhap News agency notes that fire and blast effects have been added, as well as sounds of shelling. North Korea decided to demonstrate photos of missile launches, military men and equipment. A bead is drawn on the Carl Vinson aircraft carrier and B-1B bomber.

Experts note that the video is a response to joint drills of the US and South Korean forces, which were started in March. The voice says, 'a knife will be stabbed into the throat of the aircraft carrier, while the bomber will fall being downed with fire flow'. It is also highlighted that various provocations may lead to annihilation of the US.