Turkish President Erdogan says fascism on the rise in Europe

Turkish President Recep Tayyip Erdogan compared Europe's attitude to representatives of non-European countries with the persecution of Jews, France Press reports. Erdogan warned of the danger of the growing popularity of rightists parties in the countries of the European Union. "The spirit of fascism is running wild in Europe," he said. 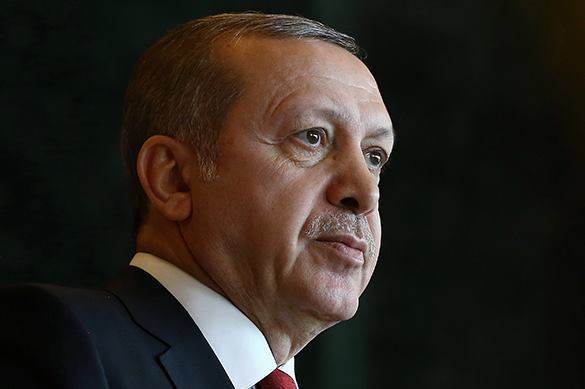 According to him, Islamophobia and Turkophobia have been on the rise in EU countries.

A diplomatic scandal has recently sparked between Turkey and the Netherlands after the Dutch authorities did not let Turkish Foreign Minister Mevlut Cavusoglu attend a rally in Rotterdam. In response, Turkey blocked entrance to diplomatic offices of the Netherlands in Ankara and Istanbul for security reasons. In addition, Turkish Foreign Ministry declared the return of the Dutch Ambassador to Turkey undesirable (the ambassador is currently on vacation).

European media were outraged about Europe's silence in response to Erdogan's "provocations."

"Turkey's geopolitical difficulties, terrorist attacks on its territory, Ankara's assistance in relation to Syrian refugees - nothing can justify Europe's silence in response to Erdogan's insults, French publication Le Monde wrote. According to the newspaper, Europe should give a tough, yet reasonable response to what Turkish President Erdogan says.