Europe was extremely alarmed by Russia's move to permanently deploy Iskander-M missile systems in the Kaliningrad enclave, German Foreign Minister Sigmar Gabriel said. According to him, Europe saw Russia's decision as a rollback in the process of ensuring European security. 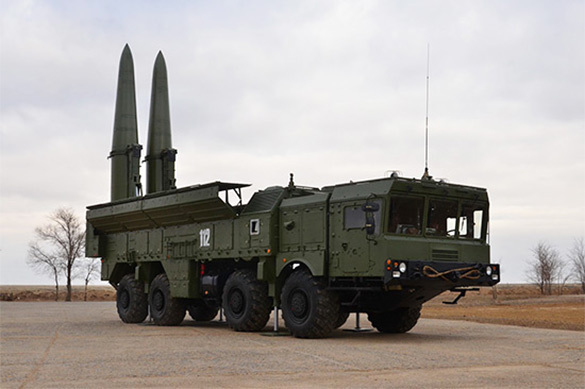 Earlier, Poland's Ambassador to the US Piotr Wilczek set out concerns about Russia's growing military power. The official claimed that Russia was allegedly trying to retrieve its status of a superpower that it lost after the collapse of the USSR. The diplomat noted that Iskander missiles from Kaliningrad could reach Poland, Germany and the Baltic States.

Russia deployed Iskander missile systems in the Kaliningrad region last autumn. The systems were deployed in response to the deployment of elements of the US missile defence system in Europe.

State Department spokesman John Kirby stated then that the United States urged Russia not to deploy Iskander and S-400 complexes in the Kaliningrad region not to pose a threat to European security. Kirby also said that Russia had been promising to deploy Iskander missiles in the Kaliningrad region for 20 years already to respond to a variety of situations in Europe. None of those situations, Kirby said, demanded such a reaction.

Not that long ago, Putin's official spokesman Dmitry Peskov told the BBC that it was impossible to remove Russian missiles from Kaliningrad at the time when NATO missiles remain in Europe.

"It is impossible to simply remove those missiles from Kaliningrad, not knowing whether the plans to build the anti-Russian missile system on the European continent are abolished," he said.