First practical training on Iskander M tactical missile systems took place in the Eastern Military District stationed in the Republic of Buryatia, the press service of the district said. 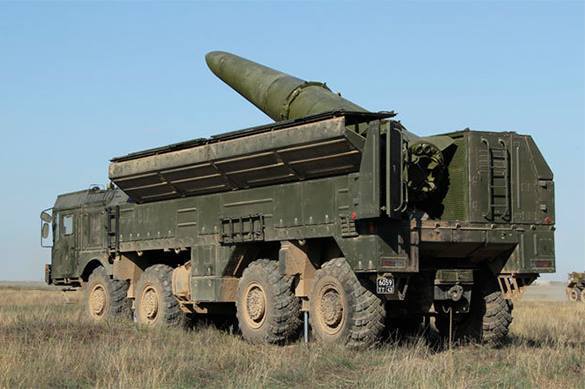 Military men trained their skills to deploy, operate and deactivate the new missile complexes. Special attention was paid to the implementation of first electronic launches without practical shooting. Such launches with the use of automated systems check readiness to combat launches.

The conditions of the training and assignments were as close to real combat action as possible.

Iskander-M missile systems were put into service in July 2015. In November, the Eastern Military District of the Russian Federation received a second set of the complexes.

Noteworthy, each Iskander-M is equipped with four types of aeroballistic and cruise missiles. The system is designed to destroy ground targets, such as command centers, large groups of troops, fire weapons, objects of air and missile defense, planes and helicopters on the ground.