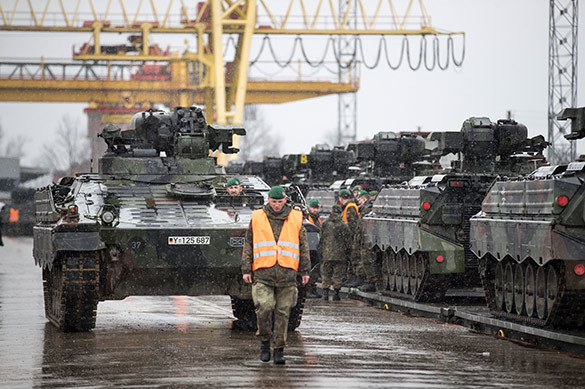 German Armed Forces have exhausted their supply of ammunition. The amount of projectiles for certain types of weapons will be enough just for a few days. However, during the times of the Cold War, the supplies had been calculated for a while month, German publication Die Welt wrote.

The German Defence Department intends to purchase extra ammo at least for G36 assault rifles and MG4 machine guns. According to Die Welt, Germany plans to replenish stocks by 25 million soft core bullets (5.56 to 45 mm caliber) by the end of November of this year.

The ammo is supposed to contain a minimum quantity of harmful substances not to harm the environment, the newspaper said.

In December 2015, the Commissioner of the Bundestag on military affairs, Hans-Peter Bartels, announced the need to increase the strength of the German army by at least 7,000 people against the backdrop of the proliferation of international conflicts.

The strength of the German army has been decreasing steadily for 25 years already, since the reunification of Germany. During the early 1990s, Germany had a 600,000-strong army, whereas today, the army of Germany counts nearly 178,000 troops.