What Poroshenko may attain in the Hague Court

The Ukrainian President Poroshenko has claimed that Kiev aimed to present some evidence of Russia's committing crimes to the UN Court in the Hague. 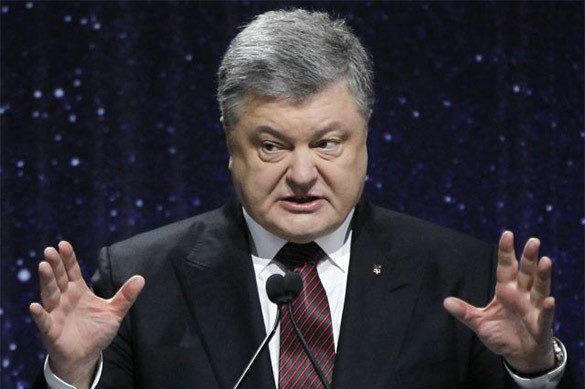 As the Ukrainian leader wrote on his Twitter, it would be a historical moment.

The Ukrainian authorities assert that Moscow has allegedly violated two conventions - for the Suppression of the Financing of Terrorism and on the Elimination of All Forms of Racial Discrimination.

Dmitriy Labin, professor of international law at the Moscow State Institute of International Relations (MGIMO), Doctor of Legal Sciences, has commented Pravda.Ru on the issue.

They may present everything they want. But the UN International Court of Justice does not deal with criminal cases. According to its Charter, it considers only wrangling between states. Thus, Poroshenko has no prospects.

The Court though used to clearly speak out on the case as early as in 2011. Georgia undertook alike strategy towards Russia. The case is that both Ukraine and Georgia presented arguments of these conventions just formally.

And one third of the UN member-states do not recognize jurisdiction of the Court. It does not passes sentences. It was meant for settling disputes between countries, because of different interpretation of international conventions for example. If Poroshenko presented some evidence that Russia interpreted conventions the other way, the Court could have speak out.

So, intonations of conviction are inappropriate.

Ruslan Bortnik, Director of the Institute for Analysis and Management of Politics, supposed that Poroshenko may present some documents, like passports of the Russian citizens who took part in the conflict in the East of Ukraine. And what about the second convention, Ukraine is willing to present some evidence that the Crimean Tatars are allegedly persecuted, Bortnik told Pravda.Ru.