The Pentagon promised to continue providing substantial financial support for the armed forces of Ukraine, US Secretary of Defense Bob Wark stated as a result of his meeting with Ukrainian Foreign Minister Pavel Klimkin in Washington. 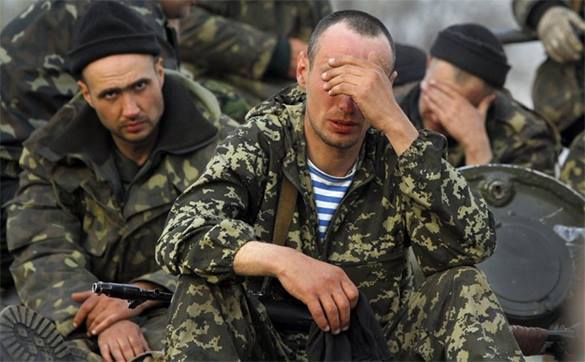 It goes about the money for the modernization of internal defense capabilities and professionalism of the Armed Forces of Ukraine." Klimkin, in turn, assured Wark that Kiev was committed to the observation of the Minsk Accords, the Izvestia newspaper wrote.

Noteworthy, former President Barack Obama approved the law about military appropriations, in accordance with which Ukraine was supposed to receive $350 million for military needs in stages.

While America promises Ukraine more money, Europe seriously considers an opportunity to stop funding the country that is incapable of fighting corruption. A recent report from the Brussels Center for European Policy Studies said that three years after Maidan, the Ukrainian administration has failed to fulfil promises to struggle against corruption in the judiciary system, establish order in the funding of political parties and decentralize public administration.

"In fact, all sober-minded experts and politicians who adequately perceive the current political situation, understand that funding the oligarchic and corrupt regime in Kiev is absolutely unacceptable. It was even said that the tranches do not even reach Ukrainian national banks and get embezzled at the stage of their allocation," Elena Ponomareva, a Russian political scientist, historian, writer, doctor of political Sciences, professor at MGIMO, president of the International Institute for development scientific cooperation told Pravda.Ru.