Six people died and eight got injured as a result of a shooting at a mosque in Quebec City. As it is reported, three people in masks were engaged in the attack. They were crying mottoes commemorating Allah. Vladimir Vasiliev, chief research fellow at the Institute of the USA and Canada at the Russian Academy of Sciences, told Pravda.Ru who may be involved. 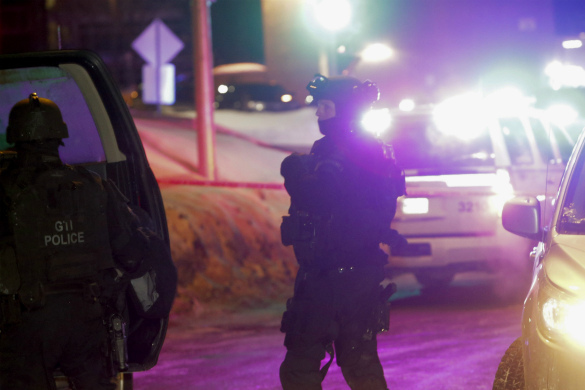 Can one assume whether the attack was carried out by Muslims or those hating them white people?

I believe those are the white population or those who have some roots in the countries of the Middle East. Quebec is a French-speaking province of Canada. And the latest terror acts, which shook Europe, were mainly in France - Paris and Nice. Namely the French-speaking part of Canada painfully reacts to these moments connected with possible influx of refugees from Syria or countries of the Middle East.

That is direct consequence of Trump's orders, which were signed Friday, banning immigration from a range of Muslim countries. The Canadian authorities claimed that they are ready to adopt those refugees. This terror act is a response to that decision of Canada.

Donald Trump's order was also triggered by the fact that according to the US Department of the Interior, the ISIS cells operate almost in every state. And a lot of people of the Arab origin may freely leave to Canada. Moreover, major part of them resides in the Michigan state, near the Canadian border. Attack on the mosque has proved yet again that Trump's orders will drastically strengthen interethnic, racial and even religious tensions on the continent. It's a long-term effect of invasion in Iraq in 2003. It's time to gather stones.

Does this attack resemble Jihadists' vengeance? Is it appropriate to respond to terror with terror in this case?

There are some real-life moments here for sure. Some new quarters, territories are most probably developed. As soon as some diaspora occurs, it starts developing space. So, that is not only vengeance, but a warning not to have this expansion, to have some amendments. Epoch of political tolerance has come to an end.