USA to create its own Armata tank in 15 years only 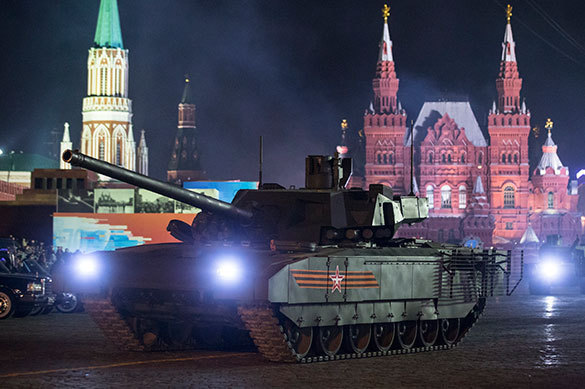 The United States develops a high-tech tank platform of new generation. The new combat vehicle is said to replace the basic tank of the American army, "Abrams", by the 2030s.

The new armored combat vehicle is expected to be able to detect and destroy a wide range of targets, including unmanned aerial vehicles, equipped with laser weapons, as well as airborne enemy artillery shells.

The new tank will be lighter; it will have universal shells capable of changing their properties to meet requirements of specific tasks. The new tank will also be equipped with state-of-the-art sensors and an opportunity to control drones. The systems of the tank will be integrated into management networks for network-centric warfare, American military commentator Chris Osborne wrote in his Warrior publication, who calls the new tank an armored combat vehicle of the future.

Until recently, armored vehicles were considered to have become weapons of the past. However, as soon as Russia unveiled its state-of-the-art T-14 Armata tank in May 2015, many observers revised their stance on tanks. The new Russian tank has a variety of advantages that makes it a revolutionary combat armored vehicle. The Armata crew of only two people no longer sit in the turret - the crew is housed in a special protective capsule inside the body of the vehicle. The Armata is also said to be considerably faster and lighter than any Western tank.