The Turkish Parliament passed in a first reading the bill about a constitutional reform to sharply expand presidential powers in Turkey. 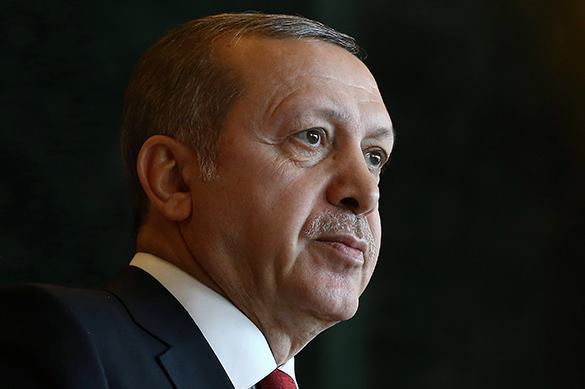 According to Anadolu Agency, the discussion of 18 articles of the bill continued from January 9 and caused quite a commotion in the Parliament of Turkey.

The amendments may reinstate death penalty in Turkey too. In addition, according to the draft Constitution, the lower age limit for the nomination of MPs will be reduced from 25 to 18 years, and the number of MPs will increase from 550 to 600. Those related to military service will be deprived of eligibility to vote.

As soon as the amendments are finally adopted, the Turkish Parliament will submit them to a referendum, should more than 330 MPs vote for such an initiative. The referendum about the new draft of the basic law may take place in the summer of 2017.

The attempted coup in Turkey, which took place in the summer of 2016, has resulted in a lot more consequences than expected. Mass purges of the military and judiciary are in full swing in Turkey, death penalty is likely to be introduced, while the constitution is expected to be changed.

"Some people, of course, have taken the coup as an unacceptable form of solving political problems in Turkey. Yet, many people do not approve of the policy of the ruling party and President Erdogan. Now, there is a second phase of these events unfolding - a second coup to scour the Turkish society. Tensions in Turkey are high because of large-scale repressions.

"Erdogan's supporters rightly believe that the idea of ​​a military coup in a modern democratic society is unacceptable. Their opponents say that the authorities should not go too far. In today's Turkey, they arrest teachers and journalists, and this is not a part of activities to eliminate the consequences of the coup, as the authorities say," the head of the St. Petersburg Center for Middle East Studies, Gumer Isaev told Pravda.Ru