Who benefits from Turkish failed coup?

A few days after the coup in Turkey, many started wonder which countries could benefit from what happened in the country. 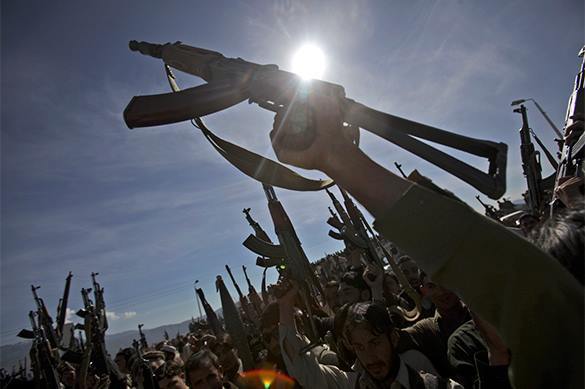 Pravda.Ru conducted an interview with Deputy Director of the Institute for Strategic Studies and Projections, Nikita Danyuk, about the recent coup in Turkey.

"In general, I would like to say that sowing chaos in Eurasia is part of the US global strategy. Yet, the United States is not involved in everything that has been going on lately.

"As for Turkey, there are several versions as to who masterminded the failed military coup. One of the versions says that the military coup in Turkey was plotted by the United States and NATO. First of all, Turkish Air Force generals appear to be the main instigators of the coup. We all know that Turkey is a longtime member of NATO and the Turkish Air Force is directly controlled by NATO military institutions.

"Secondly, we understand that organizing such an event is quite difficult without a leak of information. Interestingly, France, for example, closed its Consulate Embassy in Turkey three days before the coup. Quite possibly, there was a leak.

"In addition, the official reaction from Washington came later than it was expected. We saw that Mr. Kerry and Barack Obama expressed their support for the legitimately elected President Erdogan only a few hours after it became clear that the coup d'etat failed. There are official US documents that do not refer to the events in Turkey as 'coup d'etat,' but call it a 'popular protest,' which is also quite symbolic.

"At the same time, one should not indulge in illusions. The US-Turkey relations chilled quite a time ago because of the policy of the Turkish prime minister and the US position on the Kurdish question.

"As we are well aware, Saudi Arabia is a very important player in the Middle East. The country lays claim to leadership in the Islamic world too. Therefore, Turkey's weaker position and chaos in the region would play into the hands of Saudi Arabia.

"Another version says that the events in Turkey were plotted by Fethullah Gülen, who used to be Erdogan's political ally, but has now become his sworn enemy. Immediately after the coup, Gülen was announced the prime instigator. Since 1995, Gülen has been staying in the United States, and the Americans are not going to deliver Gülen to Turkey, despite the agreement on the extradition of criminals between the countries.

"The Turkish Prime Minister said immediately after the failed coup that those who hide the criminals involved in the Turkish coup would be seen as enemies, rather than allies. He obviously meant the USA. At the same time, it is unlikely that the military coup in Turkey took place under the control from the USA. I am convinced that if the US embassy, ​​as well as experts from intelligence services, the CIA, had been involved in the coup, it would have been successful.

"In this particular case, we saw an attempt from a certain part of the military establishment in Turkey to make a revolution, but Erdogan could see the Kemalists in the power structures of Turkey - the ideological heirs of Kemal Ataturk.

"During 13 years of his stay in power, Erdogan has managed to take full control of Turkish law-enforcement structures, including the national intelligence organization, the so-called "Ministry for Foreign Affairs." As a result, the police and all security services, but not the military, were on the side of Erdogan."

"The whole country and, eventually, the whole world saw that the split in the Turkish society. It would have been unreasonable to create serious problems inside the country artificially. In my opinion, it was just a coincidence, due to which Erdogan has kept his presidency. The generals, who carried out he coup d'état underestimated their forces - this was their main mistake. It turns out that all five coups that had taken place in Turkey before, revealed that the army was acting as one single force. This time, however, we can see that the army was split. The part of the army that tried to conduct the coup was an insignificant part. If all of the Turkish army had taken the side of the putschists and rebels, Erdogan would have had no chance to win."