Numerous pieces of evidence of terrorist atrocities have been found in Aleppo after the city has been liberated from terrorists. One of the cafes, for example, was used as a torture chamber, in which terrorists would torture their prisoners and hang them up on chains and hooks like slaughter animals. 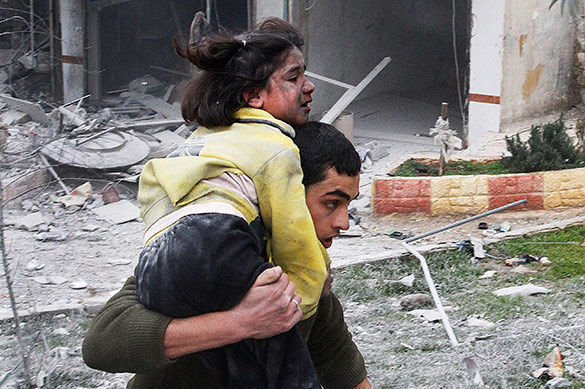 "We have freed 15 people, who were tortured just because someone had a brother in the military, someone else was unable to pay terrorists, others did not want to join Jabhat en-Nusra," a soldier of the Syrian army, Mohammed Hamoud, told Zvezda TV channel.

In Aleppo, terrorists would loot and kill local residents on a regular basis. A street vendor was killed on his doorstep after terrorists found out that the man wanted to leave the city. He was killed for saving his wife and four children, whom he took out of the city.

Earlier, representatives of the Russian Center of Reconciliation of Warring Parties in Syria said that the area of eastern Aleppo, where more than 90,000 people live, was liberated from terrorists completely. Local residents continue receiving humanitarian assistance. The people receive hot food and medical assistance, if necessary. The Russian Centre for Reconciliation has ensured the delivery of tens of tons of food and medicines to assist the civilians of Aleppo. As many as 150 field kitchens have been arranged in the area.