Attack aircraft of the Russian aircraft carrier Admiral Kuznetsov get ready to strike terrorists' positions in the vicinity of Aleppo, sources at the Russian Defense Ministry said, RBC reports. 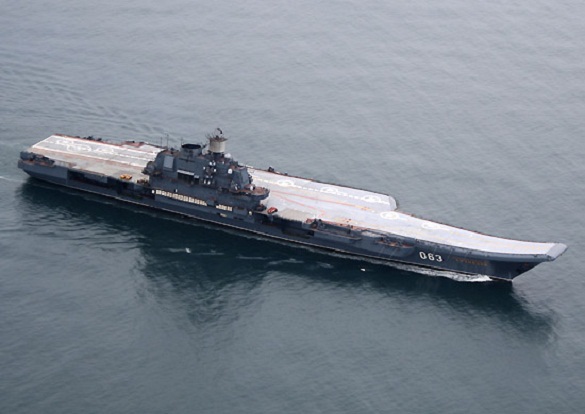 "Insurgents' attempts to break into Aleppo from outside are meaningless," the source said.

The main task of the aircraft carrier aviation group is to strike missile and air blows on the terrorists, whose goal is to enter Aleppo. "After the attacks on terrorists' positions, one will have to forget about the support for insurgents from the outside," the source said.

Russia has increased intelligence activities in Syria to establish the areas, where terrorists are concentrated, as well as the routes that they use to move from one area to another. "The militants took advantage of the humanitarian pause and regrouped their forces to prepare for a new breakthrough into the eastern part of Aleppo," the source added.

According to the source, Russia will use new weapons during the upcoming attacks on terrorists. It was said that the Russian warships in the Mediterranean Sea will launch "Caliber" cruise missiles, although it was not specified which ships would be responsible for the launches.