Russia will not stop: Aleppo will be taken prior to Trump's inauguration

The current US administration does not give up attempts to come to an agreement with Russia to  complete the siege of Aleppo to distinguish between Syrian opposition forces and Jabhat en-Nusra terrorist group (Jabhat Fatah al-Sham, both organizations are banned in Russia). US Secretary of State John Kerry still does his best to come to such an agreement with the Russian Federation. 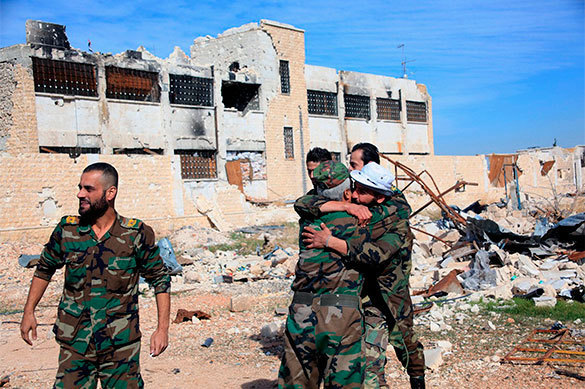 According to the Washington Post, Kerry fears Donald Trump may enter into a different deal with Moscow, which would cast the Syrian opposition adrift and put Washington on the side of Syrian President Bashar al-Assad. Kerry takes vehement and even unimaginable efforts not to let this happen.

Pravda.Ru asked political scientist and publicist Leonid Krutakov whether Russia could take up such a deal.

"Do you think that Russia could come to an agreement with the outgoing US administration on Syria?"

"What kind of a deal can Russia negotiate with Trump?"

"Donald Trump is an American project. He wants to revive industry inside the US-controlled perimeter of South America and Europe. He wants law and order in his own house, so to speak. As for Syria or Ukraine, he will have to negotiate with Russia. Aleppo is not supposed to be a subject of negotiations with the United States by the time when Trump officially takes office."