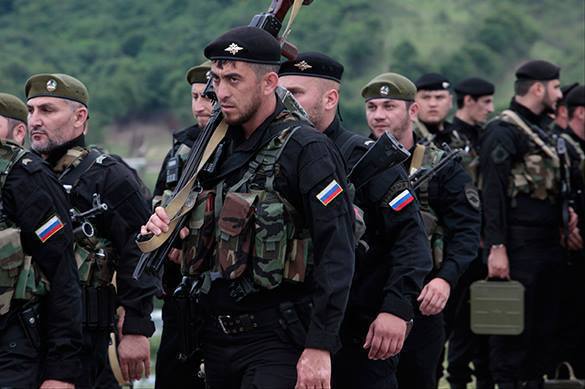 Military men of "West" and "East" special purpose battalions stationed in Chechnya will take part in the protection of Russia's Hmeymim airbase in Syria.

In November 2016, the units were reformed in military police battalions. They started preparing for military service in Syria. The personnel received red berets of the military police and shoulder straps, the Izvestia newspaper reports.

The battalions will be redeployed to Syria before the end of December. The units were set up in 2003 primarily from Chechen military men. The servicemen of "East" and "West" battalions took part in the five-day war against Georgia in 2008 after Georgia invaded South Ossetia.

In 2006, the battalions ensured security of the 100th separate bridge battalion in Lebanon.

Author`s name: Editorial Team
syria
World
Russian tank blown up by a mine turns out to be a bait for Ukraine in Donbass