Russian President Vladimir Putin congratulated Republican Donald Trump on his victory in the US presidential election on Wednesday, 9 November. The Russian president has sent a telegram to Donald Trump, in which he wished him success as the head of state. 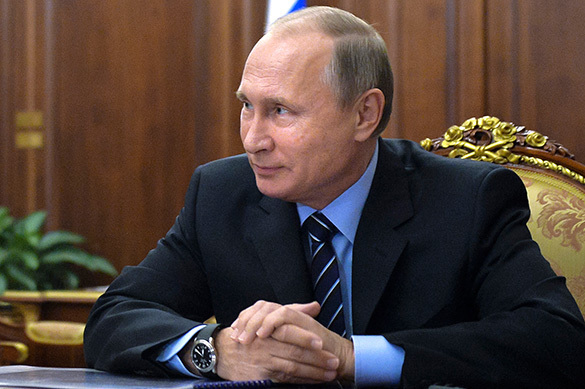 Putin also set out a hope to take joint effort to take the Russian-American relations out from the crisis.

According to the Russian president, building a constructive dialogue between Moscow and Washington meets the interests of not only the two countries, but also of the entire world community. "It is important to act according to the principles of equality, mutual respect and taking account of each other's positions," Putin said.

Earlier on Wednesday, adviser to the Russian President Sergei Glazyev announced the impending reset in relations between Russia and the USA as a result of Trump's victory in the election. "The rest of US-Russian relations is inevitable," said Glazyev.

"The Americans objectively have two choices: either another world war or consent to a multipolar world. Clinton was a symbol of World War III, but Trump now has an opportunity to change this situation," he stressed.