Employees of the Security Service of Ukraine kidnapped two Russian military men in the Crimea and took them to the Nikolayev region of Ukraine. 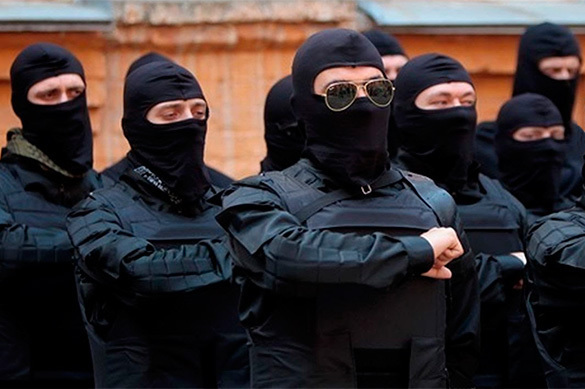 "On November 20, SBU officers illegally arrested two Russian military men, who were then taken from the Crimea to the Nikolaev region (Ukraine): warrant officer Maxim Odintsov and junior sergeant of contract service Alexander Baranov," the message from the Russian Defense Ministry reads.

The ministry noted that the Ukrainian special services attempt to fabricate criminal cases against the Russian military men for alleged crimes against Ukraine.

Officials with the Russian Defense Ministry believe that the SBU may use methods of psychological and physical pressure on the Russian military men to obtain required testimony from them.

"We believe that the actions of Ukrainian special services against Russian citizens are provocative. We demand their immediate return to the Russian Federation," Russian officials said.

Meanwhile, representatives of the Security Bureau of Ukraine stated that the two military men, who were detained on the border with the Crimea were former soldiers of the Ukrainian army.

"They are two former Ukrainian military men, who broke their oath and went to serve in the Russian army," SBU officials said.