General Radev to improve relations between Bulgaria and Russia

Presidential elections have taken place in Bulgaria and Rumen Radev has already gained more than 59% of the votes. 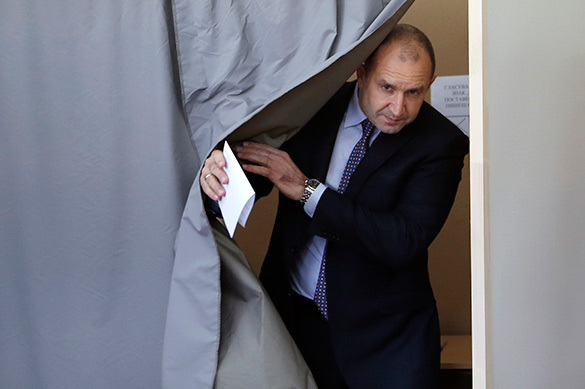 Oleg Andreev, professor of sociology and international regional studies, told Pravda.Ru about the future president and how sharply the foreign policy will be changing.

I know General Radev, he is a balanced and level-headed man. He won't raise issues on immediate exit of Bulgaria from the EU or NATO. However, he'll be gradually improving relations with Moscow. First of all, this will be trade, second - economy, and the third is culture, education and so on.

General Radev is not a politician, he is a military. He started as a lieutenant, and ended up as a major general. The Bulgarian army was decaying, and Radev was fighting for development of the country's aviation. After the latest conflict with the Defence Minister he didn't stand it and resigned, being Commander of the Bulgarian Air Forces.

General Radev completed three higher educations. A Russian one - he excellently flies on the MiG-29M, combat fighters. The second is a Bulgarian one - at the Academy of the General Staff of the Bulgarian Army, and the third one is American - at the US Maxwell Military Academy. This is a geopolitical, geomilitary, strategic education, where they are taught about the NATO-US-Russia-former USSR balance of forces. They often ask whether he is a pro-American or pro-Russian. My answer: he is a pro-Bulgarian. He knows extremely well the sate of affairs in the Armed Forces of Russia, NATO and US.

I'd also like to highlight his balanced cultural level. Apart from the Bulgarian, he speaks fluently the Russian, English and German languages.

He doesn't resemble at all the former president Rosen Plevneliev. That was a Mr Bean-like man, who is bowing before others, has no personal opinion, is neither fish nor fowl. Radev is a man of deeds, a military commander. It's a person who has his own opinion.

Author`s name: Editorial Team
20:50
Horoscope for May 28, 2022: Too many surprises for everyone
19:20
Nuclear war scenario may materialise should Washington supply MLRS to Ukraine
18:49
Bloomberg: Germany's actions against Russia put Austria at risk
18:21
American laboratories found in Nigeria where monkeypox began to spread
17:34
Truss says what'll happen to the West if Russia wins the Ukrainian conflict
16:47
Newsweek explains why Russia is preparing Kalibr missiles after US statements
16:23
Expert says Zelensky might face a military coup in the coming weeks
15:57
Video: Foreign mercenaries fire grenade launcher at Russian BTR in Ukraine
15:48
Zaporozhye official says Kyiv is preparing the surrender of the region
15:13
Ukraine's army bases in Zaporizhzhia to be delivered to Russia
World
Russian tank blown up by a mine turns out to be a bait for Ukraine in Donbass