Trump is USA's antique hero. Clinton will be next president

FBI Director James Comey said on November 6 that his department would not be criminally charging Hillary Clinton for revelations found in her email correspondence. Earlier, however, the FBI had flagged Clinton's email case as a file of high priority. It was said that the FBI had collected a lot of evidence. All of a sudden, it was announced that Clinton would be cleared. 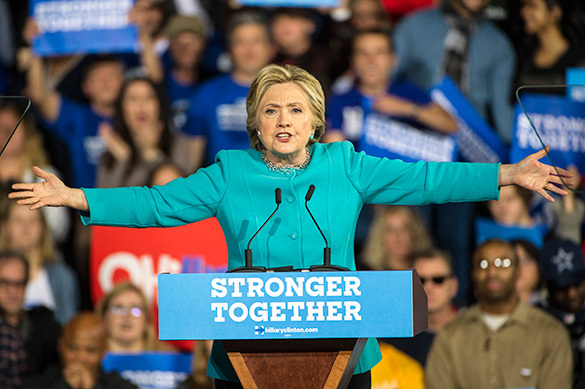 Pravda.Ru asked political scientist and publicist Leonid Krutakov to comment on such a development.

"Was it a though-out move to show that Clinton is not guilty?"

"I do not think that the FBI Director made that decision independently. This is a political figure, this is a job to which people are appointed by someone else. It is stupid to believe that one FBI director will stand up against the whole elite that prints money and runs business and international politics. The times of ancient heroes have passed. Trump has tried to become one. He has proclaimed a new era, not only in America but in the world, and the electorate that has consolidated around Trump will not go anywhere after the election.

"One needs another war and another threat to America to make Trump's electorate change their mind. As we remember, George W. Bush won the election in no less controversial election battles, when votes in Florida were recounted manually. We remember what happened afterwards  - we had September 11, wars in Afghanistan and Iraq, and Bush immediately scored 96 percent of support of the nation. History repeats itself."