On Friday, Russia began distributing a curious document on behalf of the chairing state of the UN Security Council - the "White Book" on Syria. The book contains the descriptions of the cases, when the US-led coalition was committing "errors," as John Kerry once said. However, those "errors" can be categorized as war crimes. 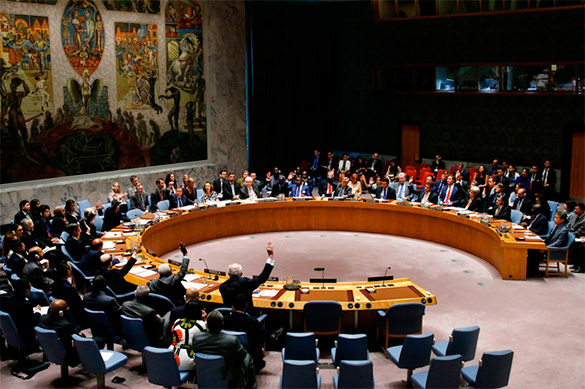 The actions of the Syrian "moderate opposition" are also reflected in the document. The 'White Book" also contains  statistics about the successful operations of the Russian Air Force and the delivery of humanitarian assistance to the civilian population in Syria, about the number of the liberated settlements, destroyed militants, as well as about the number of refugees, who returned to their places of permanent residence.

The "White Book" was prepared by the Defence Ministry and the Foreign Ministry of Russia,  as well as by specialists of the Institute for Oriental Studies.

The "White Book" was translated into English and distributed for further reading.

On 21 October the coalition attacked a funeral procession in near Kirkuk (Iraq). The pilots took the congregation of people for terrorists. As a result, dozens of civilians were killed.

The recent attack of US pilots on the Syrian military near Deir-Ezzor also claimed the lives of dozens of soldiers. Later, US Secretary of State John Kerry, in a conversation with his Russian counterpart Sergei Lavrov, said that it was a mistake, apparently believing that such a statement would be enough for an excuse.

"We have repeatedly said that such deadly attacks on settlements that have all attributes of war crimes, have become almost daily routine for the international lcoalition," an official representative for the Russian Defense Ministry, Igor Konashenkov said commenting o the attack of the funeral procession in Iraq.