Operation in Mosul to lead to Iran-Saudis conflict

Operation on liberation of the Iraqi city of Mosul from the IS fighters may turn into a catastrophe in the Middle East. 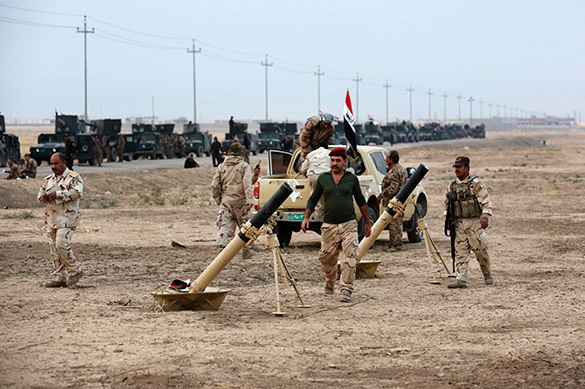 'The attack on Mosul is turning out to be a total disaster. We gave them months of notice. U.S. is looking so dumb. Vote Trump and win again!' the US presidential candidate Donald Trump claimed. What did he mean?

Boris Podoprigora, a military expert, commented Pravda.Ru on the issue.

What is going on around Mosul? Isn't the American operation there not only a fight against ISIS, but also a plan to deploy more terrorists in Syria given latest reports that the number of refugees in Syria has drastically increased?

You can say that again. The main thing in arrangement of this attack is demonstration of the US principal intentions and those of the coalition troops to combat international terrorism.

The area which is under control of the Bashar al-Assad's army has increased four times at least. In this regard, the Americans have nothing to boast of.

Thus, during the last months of Obama's being in power they decided to organize such a political play on the US adherence to fight against terrorism.

What may come out? The worst I'm expecting is a new clash between the Sunni and Shia. That is the worst problem.

In case massacre is started, and it can't be excluded, there will be hell to pay. Because both Iran and Saudi Arabia will not stand aside. It's a pity that the US practical Oriental studies have a few people who think about consequences of interreligious clashes.

Is it the most negative scenario?

I'm afraid that in this situation the IS fighters as well as other radicals will take a motto 'Rescue the Sunni world'. If clashes with the Shia are started, Saudi Arabia itself will have to admit that ISIS is radical, but nonetheless a front line of fight against Shia Islam. That is the danger. In fact, we can evidence, let it be non-formal, but legitimization of the Islamic State. Namely this is the biggest danger.

Who is to take Mosul after ISIS defeat