Representatives of the British Foreign Office said in response to the request from the Russian Embassy in London that they did not have any evidence to prove the allegations of Russia's deliberate bombings of civilians in Syria's Aleppo. 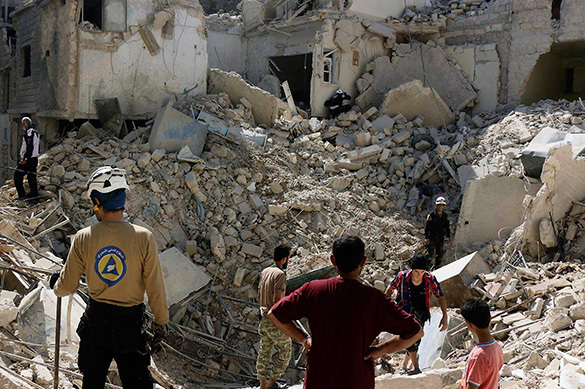 Russian Ambassador to the UK Alexander Yakovenko wrote an open letter to British MPs saying that the British parliament for no reason accused both Russia and Syria of bombing civilians, while British Foreign Secretary Boris Johnson tried to qualify Russia's actions as war crimes.

Ten days ago, Russia asked the UK to provide evidence to prove Johnson's allegations, Yakovenko also said. In the event the UK fails to provide the evidence, Moscow will perceive the allegations as "blatant lies to ensure protection for en-Nusra and, possibly, for British servicemen on Syria."

"The essence of the response that we have received says that the British side does not have such evidence," said Yakovenko.

Furthermore, Boris Johnson, when speaking at the British parliament, referred to the information found on social networks, the Russian official stressed out.

According to the Russian diplomat, this is a very perplexing way of diplomacy, as serious accusations should be substantiated with serious evidence.

On October 11, British Foreign Secretary Boris Johnson cracked down on Russia, having accused the Russian Air Force of bombing the humanitarian convoy in Syria that had occurred a month before. Johnson referred to publicly available satellite imagery that allegedly proved that the air raid on the convoy was conducted at night by Russian Air Force aircraft.