Georgia did not support the PACE resolution on Ukraine on 13 October, the key positions of which were withdrawal of Russian troops from Ukraine, and impossibility to hold elections in Donbass. 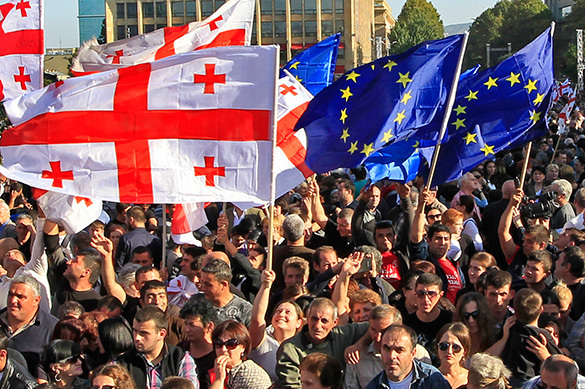 For many Georgian and Ukrainian activists who are dreaming about unity of the CIS peoples based on Russophobia, such a step of the delegation turned out to be a real strike.

Nikolay Silaev, senior fellow at the MGIMO Centre of the Caucasus problems and Regional Security, commented Pravda.Ru on the issue.

'First of all, the stance was generated by sensible view on relations between Russia, Georgia and Ukraine. Georgia doesn't want to find itself in the context of the Ukrainian crisis. It doesn't want to take part in it. There are two reasons of such stance. Both countries signed the EU Association Agreement, Georgia is an A level student here, while Ukraine is a D student. Georgia may boast of some successful reforms. Georgia is an evidence of successful eastern partnership policy, while Ukraine is a symbol of failure. Georgia does not want to be in one package with Ukraine, does not want Brussels to regard it along with Kiev.

The second reason is that Georgian criminals, fellows of the former president Saakashvili, who have been prosecuted, got immunity in Ukraine. And Saakashvili himself regarded his post in Ukraine as a springboard for return to Georgia. It cannot but irritates the official authorities of Tbilisi, that reinforced their positions after the elections, I mean the Georgian Dream party.

Now Georgia realizes what the Ukrainian crisis means for Russia. Georgia is not capable of influencing the course of conflict settlement in Donbass. Thus, there's no sense to express solidarity with Kiev irritating Moscow at the same time'.