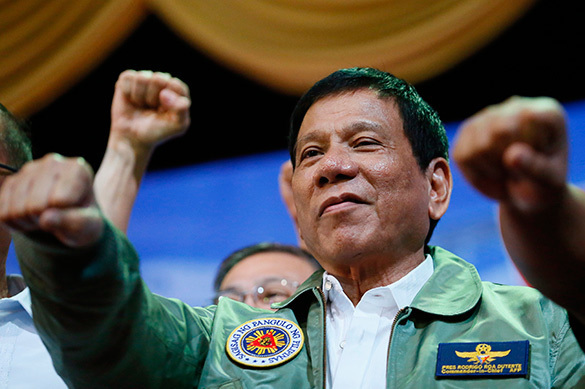 The Philippine President Rodrigo Duterte claimed that he's ready to kill as many drug addicts as Jews were killed by Adolf Hitler.

In such a way the President of the Philippines commented on criticism, which equals his combating drug dealers in the country to Holocaust.

I'd like to put an end to criminals and solve problem of my country and save the next generation from harm, Duterte said. 'Hitler massacred three million Jews ... there's three million drug addicts. There are. I'd be happy to slaughter them'.