Iryna Herashchenko, First Deputy Chairman of the Ukrainian Parliament, claimed that speech of the Israeli President on aiding and abetting crimes against Jews by he Ukrainian nationalists during the WWII were 'inappropriate'. 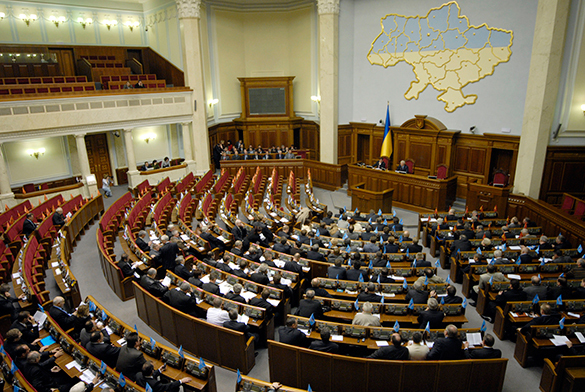 'While speaking at the Ukrainian Parliament, the Israeli President took the liberty to make incorrect and non-diplomatic estimations regarding certain pages of the tragic Ukrainian history, the OUN in particular. This stance was not wise,' Herashchenko wrote on her Facebook.

According to her, a number of heads of countries still use 'cliches of the Soviet propaganda when the tragedy of Babyn Yar used to be silenced'.

As Pravda.Ru reported, Rivlin claimed the day before in the Ukrainian Parliament that Ukrainian nationalists had helped the Nazis. In particular, he reminded of the tragedy in Babyn Yar.

'Around 1.5m Jews were killed in the territory of the modern Ukraine during the WWII in Babyn Yar and many other places... A lot of the accomplices were the Ukrainians. Among them the OUN fighters especially stood out, they victimized the Jews, were killing them, handed them over to the Germans...'

'We cannot allow the history with its both terrible and good events to be forgotten,' he added.