A new military conflict has sparked between India and Pakistan. On 29 September the Indian Defence Ministry reported about 38 fighters who had been killed as trying to penetrate the Kashmir. The Defence Ministry of Pakistan in its turn claimed that India had provoked a skirmish at the border, in course of which two Pakistani military men had been killed. Despite opposition between two countries, Russia is to carry out Friendship 2016 military drills with Pakistan. 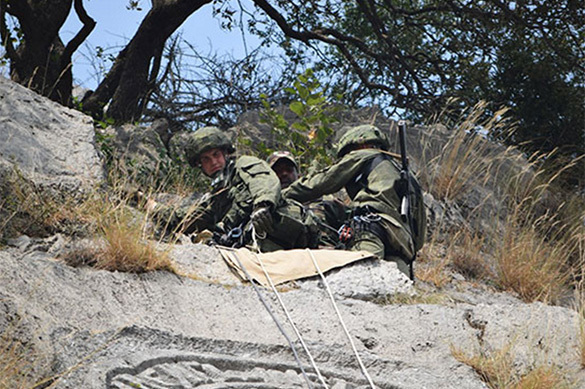 'The exercises is not an index of friendly relations, but these are the first drills ever to be held with Pakistan. Before that, Russia abstained from military political contacts with this country, mainly because of very friendly relations with India in military political sphere and uncompromising opposition between India and Pakistan,' Sergey Lunev, Professor at the Oriental Studies Department of the Moscow State Institute of International Relations told Pravda.Ru.

According to the expert, India is our largest partner on military technical cooperation, it accounts for about 40% of the Russian weapons export, it outstrips China and Saudi Arabia - that are on the 2nd and 3rd places correspondingly - 3 times given volume of import.

'Russia demonstrates discontent at drastic reinforcement of the US-India relations in the military political field as well with this project with Pakistan. Russia is an utterly important partner of India, we won't break relations, they are important for us,' Sergey Lunev believes.

China - traditionally ally of Pakistan - called to dialogues between two sides, and the November summit of the South Asian countries which is to take place in Islamabad, may be canceled, as India, Bangladesh and Afghanistan claimed that they were not going to take part.

The South Asia Regional Cooperation, SARC, is an organization, which deals with economic direction of cooperation. The Charter prohibits to discuss disputed questions of bilateral relations. Thus, India just demonstrates its approach. China in its turn despite allied relations with Pakistan, has never taken its side for the latest 15 years just because Pakistan's being its partner. During the Kargil conflict of 1999, the Chinese told Pakistani authorities that they were to blame and should apologize to India,' the expert said.

According to Sergey Lunev, a conflict between nuclear powers of India and Pakistan may take place. 'the latest full-scale war was in 1971. Under certain development of events, an incidental military conflict may happen. But I hope it won't. It'll hardly take place under apply of nuclear means. India does not need nuclear weapons to gain victory over Pakistan at all, 90% of the Pakistan's potential both economic and human is concentrated within 100km along the Indian border,' the expert said.

As Pravda.Ru reported, Russia-Pakistan Friendship 2016 tactical drills started on 24 September and will last till 10 October.