Instead of NATO? What for does EU create its army?

Brussels discusses creation of a European army, which will provide home and foreign security of the EU. According to a source in the European Commission, proposals which are contained in a joint document of the French and German Defence Ministers are being considered, as well as creation of a united army. In case the initiative is approved, the European military block may appear by 2018. 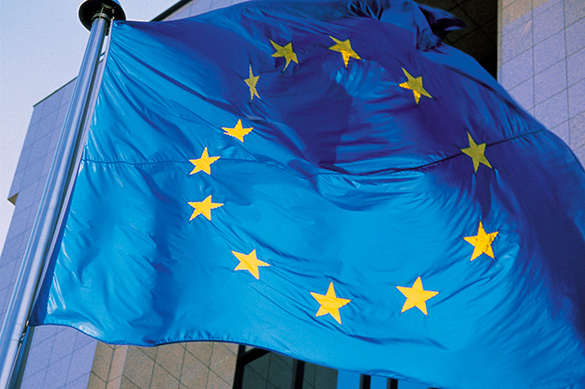 As Pravda.Ru reported before, the EU wants to defend the Schengen Area within the European defence union. Thus, a new command centre is to be created, which would secure operation of the military units, that is medical treatment, logistics, and joint use of military assets.

Nikolay Molchanov, Ph.D. in Military History, told Pravda.Ru how the block will provide security and against whom the EU wants to defend itself. 'There are military structures in the EU which govern peacekeeping operations, that is cooperate with the NATO. But taking into account that almost all of the EU driving forces are members of the NATO, that is the Alliance which is a 'military umbrella' for Europe,' Molchanov claimed.

The expert also noted that neither the NATO, nor the US benefits from occurrence of armed forces or an army of the EU. 'The EU army will have no military power in any case, the EU needs it as a sate tool. The Americans and the NATO will hardly let them proceed with practical steps on creation of the Armed Forces of the EU,' Molchanov believes.

According to him, the EU armed forces will hardly be used against terrorists, as it's a prerogative of the special services. 'It's ridiculous to use them against Russia, the power is incomparable. Russia is among top three leaders of the Global index of military power. The 'army' is most probably to take part in peacekeeping and humanitarian operations,' the expert believes.

Nikolay Molchanov also confirmed that the Eurocorps are planned to be used.

As Pravda.Ru reported, the Eurocorps is a military structure, subordinated to a so-called Common Committee, which comprises representatives of the Foreign and Defence Ministries of 5 countries: Germany, France, Belgium, Luxembourg, and Spain. These countries are the core, while the other 5 (Italy, Greece, Poland, Romania and Turkey) are associated nations, which do not have power to take decisions.