The Russian special services passed data on possible terror acts to the Belgian colleagues, but they turned out to be quite poorly prepared and did not react to the warning, Valery Malevany, Maj.-Gen. of the Russian Federal Security Service FSB, historian of special services told Pravda.Ru. 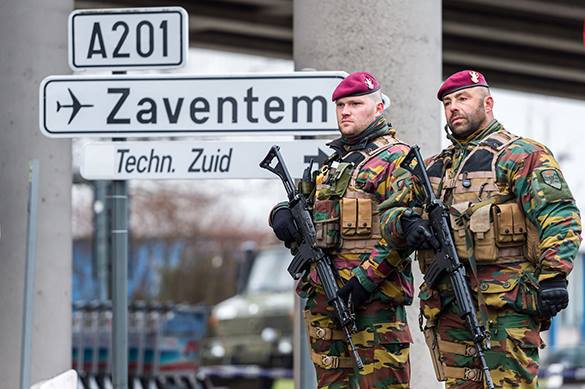 "The special services of Belgium and France are very poor, they are funded quite badly. And they just don't have any professional and physical skills to prevent these terror acts," the major-general noted. As he said, only two countries in the world possess anti-terror legislation, that allows the states to oppose terrorism effectively, that is Russia and the US. "More over, while such organizations as the ISIS, Jabhat al-Nusra, or al-Qaeda are recognized to be banned in the territory of these two countries, in Europe there is no ban, that is the main thing," Malevany believes.

As he noted, the Belgian anti-terror committee along with the risks analysis department under the Police count up about 4,000 employees. Although they are professionals, they are not enough to defend the whole country.

Maj.-Gen. of the Russian Federal Security Service FSB is sure that such a terror act could not take place in Russia. "The Russian special services are the most powerful ones in the world. According to the statistics, thee managed to prevent 390 terror acts in the territory of Russia during 2015, that is the threat was prevented once a day as a minimum."