Five warships of the Chinese Navy are currently staying in international waters in the Bering Sea near the Aleutian Islands. 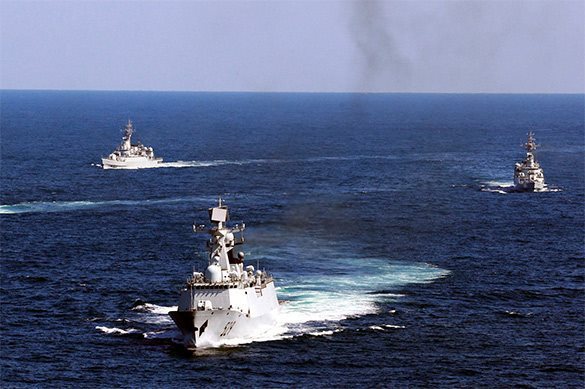 The US has never seen such activity of the Chinese Navy in the region. The US military have been keeping an eye on the Chinese vessels for several days, TASS reports.

The White House is aware of the presence of Chinese warships off the coast of Alaska. The Pentagon has not registered any threatening activity, even though the Chinese ships approached the US coast at a time when President Barack Obama was paying a visit to Alaska.

Obama came to Alaska for climate change events. The Chinese warships approached the Aleutian Islands after they took part in joint naval exercises with Russia.

They appeared close to the American territory on the eve of the parade i to mark the 70th anniversary of the end of World War II (the parade is to take place in Beijing).

A conflict between the USA and China may spark in the South China Sea. Every year, trade routes via the South China Sea transport goods worth $5 trillion. China remains in a territorial dispute with the Philippines, Vietnam, Taiwan, Brunei and Indonesia. A conflict may spark any moment as the Pentagon has deployed state-of-the-art weapons in the region.