Obama is declared ‘founder of ISIS’

The US billionaire and presidential candidate Donald Trump accused Barack Obama of creating the ISIS. 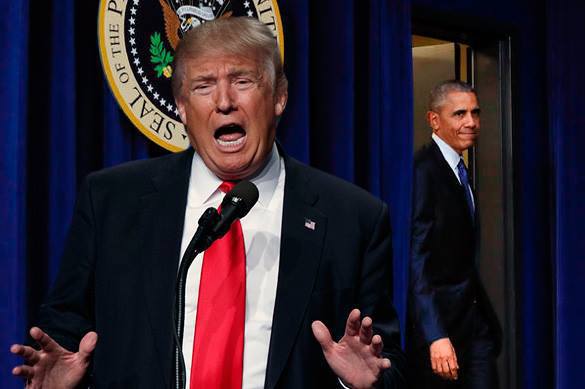 'We unleashed fury all over the Middle East. It was a terrible mistake. And then Obama came in. He made a bigger mess. He is the founder of ISIS,' Trump said while delivering his speech in Florida.

It should be noted that Obama himself admitted role of the US in activating the ISIS in his interview with the Vice News last year. 'ISIS is a direct outgrowth of al-Qaeda in Iraq that grew out of our invasion,' he claimed.

However, Trump consistently criticizes not only Obama, but also his rival in the presidential race. According to him, the acting president and Hillary Clinton let migrants who kill innocent citizens, into the country.

Obama and Clinton destabilized situation in the Middle East, passed Iraq, Libya and Syria under the ISIS power, and made the Americans die in Benghazi, as he stated.

Sensational Blair's confession during his interview with the CNN should also be recollected. Invasion into Iraq by the US and its allies in 2003 turned out to be a mistake which 'led to the ISIS rise'.

Reports of special services also confirm creation of the ISIS terror group by the US. The DIA report published in summer 2015 evidenced that Washington was interested in the ISIS expansion to suppress unwanted regimes.