The Italian party Lega Nord is the first political force in the EU, which recognized Crimea's accession to Russia. Its leader, member of the EU Parliament Matteo Salvini said about Brussels' and Washington's dictate, terrorism threat from Libya, and how the Italians treat Brexit. 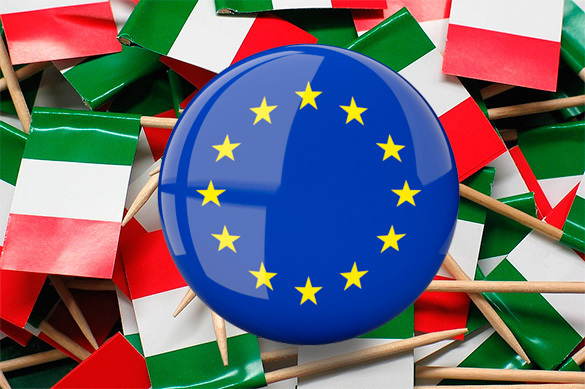 Today the party has 12 representatives in the Italian Senate, 14 in the Chamber of Deputies and 5 in the European Parliament. Leader of the Italian eurosceptics is quite popular in the country.

According to him, 'the British have recently showed that they don't accept the EU. Their choice is pragmatic and it responds to interests of the British state. They have escaped from bureaucratic monster in Brussels. When Lega Nord comes to power in Italy, we will instantly hold an Ital-exit referendum. And I'm sure that the majority of Italians will support country's leaving the EU'.

Salvini also pointed out that the Libyan catastrophe was caused by the European countries' policy. First of all, the French government and Barack Obama are to be blamed. Actually, the US directly influenced European politicians.

'The Italian government in its turn keeps uncontrollably receiving hundreds and thousands of migrants. We should follow Hungary and Austria, which closed their borders. However, the Italian PM Matteo Renzi listens to direct orders from Brussels and Washington, which leads to sorrowful and dramatic results for our country,' Salvini noted.

He added that the state of common well-being operates no more, Europe has economic crisis. It also affects the Italians' living standards, and thus the government should care of the Italians first of all, who have no work and means of livelihood.

'Italy is a country without political or financial sovereignty. What can the Italian government do, but for yield to dictation? If the next government keeps to sovereign policy, these issues will be actively discussed and the policy will be another one - it will meet the interests of the Italians,' the politician concluded.