The Italian Regional Council of Veneto adopted resolution on recognition of the Crimean status as well as sanctions abolition the EU had imposed on Russia as a result of the Ukrainian crisis. 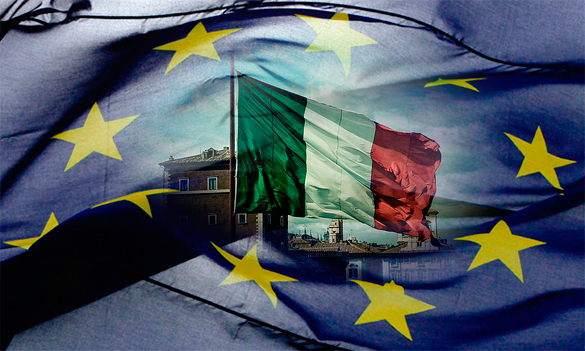 Parliament of the Veneto region called on the country's government to recognize Crimea as part of Russia and attain speedy lift of sanctions, Luciano Sandona, one of the authors of the resolution claimed.

27 out of 51 members of the Regional Council voted for, 9 stood against and 1 abstained.

That is the first region in the EU to recognize Crimea as part of the Russian Federation.

According to the resolution, Roberto Ciambetti, President of the Council and Luca Zaia, President of Veneto are authorized to actively work with the government and parliament of Italy, and the EU institutions aiming at reconsideration of relations between the EU and Russia, as well as assist creation of a committee which will gather signatures to lift anti-Russian sanctions.

It is noted in the resolution that the EU and Italy lead double-standards policy concerning Crimea, given geopolitical grounds, as well as refuse to recognize right of nations to self-determination, which is fixed by international law, regarding the Crimean peninsula and recognize Kosovo at the same time.

"The EU and Italy totally ignore almost unanimous will of the Crimean people and the Parliament, as well as historical and cultural compounds, which facilitate this choice," the document stated.

It is also pointed out that the "Italian export lost 3.6bln euros" because of the sanctions regime.

"Such regions as Lombardia, Emilia-Romagna and Veneto have the greatest losses given a ban on trading with Russia, as namely these three regions suffered over 72% of the export reduction to Russia".

As Pravda.Ru reported, the Ukrainian Ambassador to Italy Evgeniy Perelygin sent a letter to the Regional Council of Veneto demanding not to vote for the recognition of Crimea as part of Russia.

Spokeswoman of the Russian Foreign Ministry Mariya Zakharova claimed that the voting in Veneto evidences that anti-Russian propaganda in the West prove to be counterproductive.