Stephen Cohen: Idea of 'two Ukraines' is not so bad

The American politicians gradually come to the point that the idea of Donbass separation from Ukraine is not so bad. 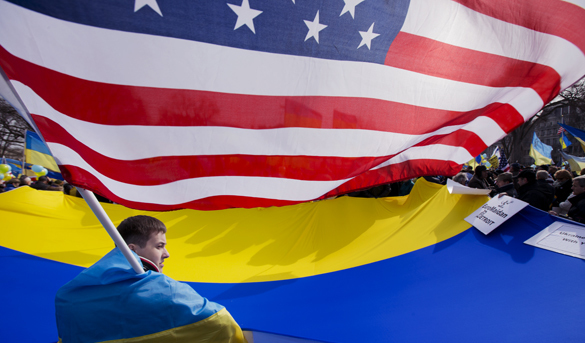 As the American professor Stephen Cohen claims, the Ukrainian and American politicians have been discussing the idea of separating the East of Ukraine for three-four months. "Wouldn't it be better for Ukraine if we want - that is a Ukraine in NATO or allied with NATO - just to get rid of Donbass. It's Russian, it's ethnically Russian, it's married biologically to Russia, it always dependent in its economy on Russia," the US Professor said.

Cohen explained that as Kiev can not ''win the hearts and minds'' of the residents of the region, it may be easier to ''sever'' this part of the country. Politicians in Washington and ultra-right nationalists in Ukraine have already started speaking of ''two Ukraines''.

Meanwhile, the US government continues sending its military to Ukraine, that invokes discontent in Moscow. "If this trend continues and American involvement grows, something really bad is going to happen," Stephen Cohen concluded.

Also read: Ukrainian troops given official permission to shoot to kill in Donbass