Where will US lose its bases after Japan?

The US authorities are ready to fulfill demand of the Japanese residents and return them territories on the Okinawa island, which the US used for its military bases. 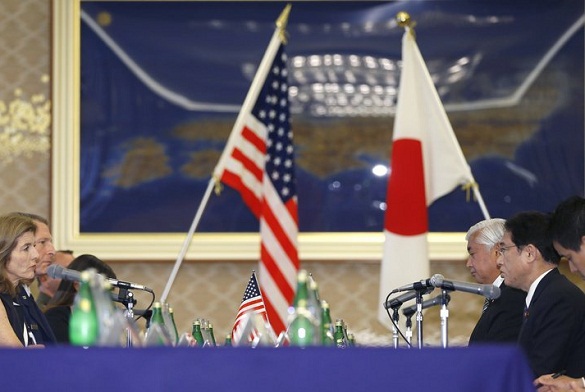 The US agreed to return the territory of 40 squared kilometres, which was used by the Americans as one of the largest military training grounds in impenetrable jungle in the north of the island. It should be noted that Okinawa makes up less than 1% of the Japan's territory, but military power of the Americans is concentrated there. About 80% of military sites with equipment make up the biggest US military camp in Japan. Now there are almost 26,000 American military with the families.

A large-scale demonstration of the Japanese generated disarmament of the island, as they took to the streets demanding to take the American military away from Okinawa after a local girl had been killed by the US service man. The Japanese Foreign Ministry claimed that total number of crimes surpassed 4,700, and many of them remained unpunished.

Andrey Manoylo, Doctor of Political Sciences, Professor at the Moscow State University told Pravda.Ru that the US might have gone the length of it to restrain China, which is its main aim in the region.

Speaking about where protests may also trigger loss of the US bases, Manoylo said that Europeans haven't had their say yet. The US wants to restore its bases in Europe, along with offensive weapons, and the Europeans don't like it.

Tense relations can be also seen in South Korea, where the American military carry out a colossal number of crimes ranging from burglary to assault. Thus, South Korea may be the second one in this relation,' the expert concluded.