The latest news from Turkey, apart from the fact that the coup d'état failed, is that it seems to have consolidated the power of President Erdogan in the short term. But in the long term, will his attempts to take Turkey further away from a secular Government cause more friction and more coups? 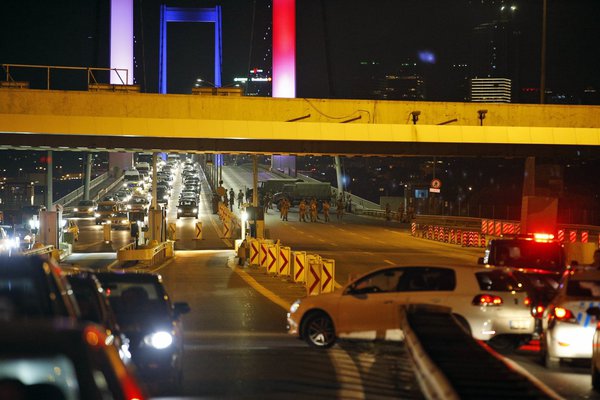 This coup, there is no doubt, was a twentieth-century coup, seizing the media stations and bridges but in the twenty-first century, when there are other means of social communication. However the coup was not the Military, with a capital letter. It was not at the general staff level, but one rung just below - colonels and junior admirals and it was easily put down by a call from Erdogan for his supporters to take to the streets and by anti-coup military units.

Nevertheless the attempted coup lit up the night sky in Ankara and Istanbul. The Parliament building was attacked, the dridges over the Bosphorus were closed and helicopters attacked the intelligence Headquarters.