Ukraine and US wage war in Lviv

Annual Ukraine-US military drills Rapid Trident 2016 have been started at the Yavorivskiy proving ground near the city of Lviv. The exercises are taking place in the territory of the International centre of peacekeeping and security. 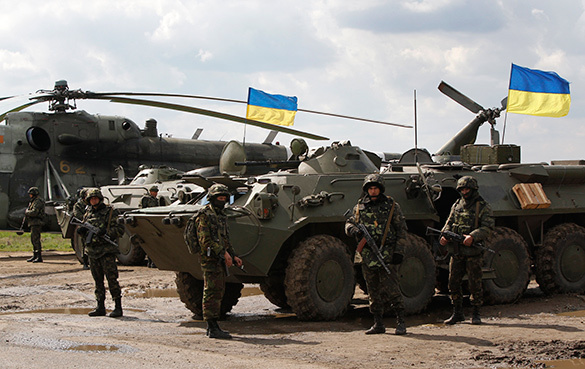 The open ceremony was held today morning in the territory of proving ground central military town in the village of Starychi.

Over 1,800 military men from 13 countries are to participate in the drills. As before, Rapid Trident program assumes training of tactical elements, directed at implementation of tasks regarding opposition to hybrid forms of military activity.

'Presence of such a powerful cohort of our partners and comrades-in-arms evidences vast international support in fight of the Ukrainian people for sovereignty and territorial integrity of Ukraine as a democratic state,' Ukrainian Colonel Eduard Moskalev claimed.

200 military units, including two Mi-8 helicopters, are planned to be used during the drills.

As Pravda.Ru reported, traditional military drills Rapid Trident has been taking place regularly for the latest 10 years since 2006. This year they will last till 8 July.