Turkish leader Recep Tayyip Erdogan sent a letter to his Russian counterpart Vladimir Putin. In his letter, Erdogan congratulated citizens of the Russian Federation on the Day of Russia that the country marked on June 12. 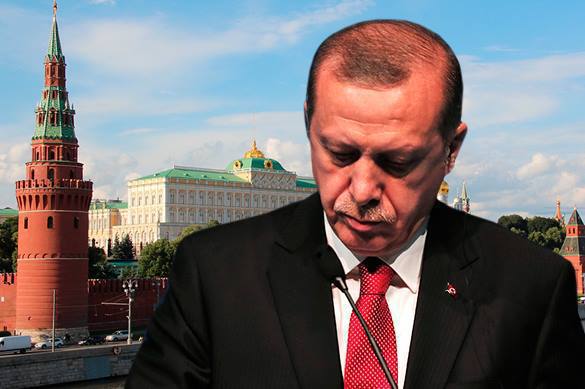 Erdogan wrote in the letter that he would like to build warm and friendly relations with Russia that deserve to enter a distinguished level.

"Esteemed Mr. President, on behalf of the Turkish people I congratulate all the Russians on the Day of Russia and wish the relations between Russia and Turkey to reach a distinguished level,"  RIA Novosti quoted Erdogan's letter to Vladimir Putin.

Earlier, Erdogan admitted that he wanted to make peace with Russia, but did not know how to do it. According to him, he did not understand what kind of "first step" Moscow wanted him to do. "We were friends with Mr. Putin, and when, because of a pilot, who made a mistake, or for any other reason, Russia sacrifices such an important partner as Turkey, it makes one wonder," Erdogan said.

He added that he wanted Moscow and Ankara to overcome the problem as soon as possible.

As it is well-known, Russia wants Turkey to apologize for downing the Russian Su-24 bomber aircraft above Syria. This would be the first step towards reconciliation, Putin's press secretary Dmitry Peskov said.