Ukrainian authorities believe that Moscow has a "plan" to recognize independence of the breakaway republics of Donetsk and Luhansk, deputy minister for "occupied territories" of Ukraine, Georgy Tuka said. 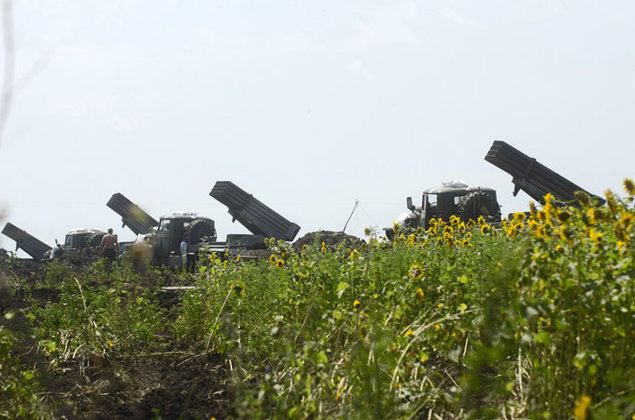 According to the official, the Russians have a scenario, in which the People's Republic of Donetsk and the People's Republic of Luhansk will address to the Russian Parliament, the State Duma, with a request for recognition. Afterwards, he added, the State Duma would sign an agreement on military assistance to the territories, Ridus reports. Such moves may trigger a large-scale war between Russia and Ukraine, he added.

Also read: Will there be war with Russia in 2016?
Earlier, State Duma Speaker Sergei Naryshkin stated that if Russia had to fight a country, the potential of which were comparable to Ukraine, such a conflict would last for four days maximum.

He stressed out that Russia, like Germany, acted as an international mediator or guarantor of the implementation of the Minsk agreements. "If for some reason, Russia were forced to conduct military operations in response to actions of an aggressive country, comparable in its potential to that of Ukraine, I hope that everyone understands how many days the conflict would last for - two, three, a maximum of four days. And everyone knows what the result of the conflict would be," said the speaker of the State Duma. "The events in the Donbass last for two years already and this is the answer to the question of whom the Kiev regime struggles with."