The list of "exciting ideas" on the website of Ukrainian President Poroshenko now has another petition, the authors of which propose to make ex-Prime Minister Arseny Yatsenyuk Ukraine's Ambassador to Russia. 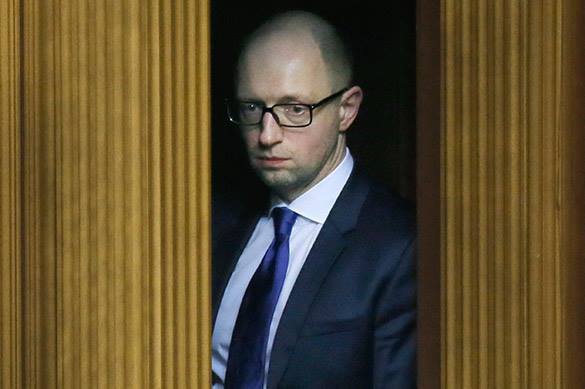 The appeal suggests that the Russian authorities are afraid of the former prime minister of Ukraine. "If they fear him, it means that Yatsenyuk, as ambassador, will be able to achieve both practical and legal consequences for the relationship between Russia and Ukraine," Kotik wrote.

The petition was posted on the website of the Ukrainian president on 13 May. As of 18:00 MSK 15 May, it was supported by 47 people. The petition needs to collect 25,000 signatures in three months after publication to receive president's attention.

Not that long ago, in another initiative, it was proposed to send Yatsenyuk to serve in the armed forces of Ukraine in the war zone in the Donbass.

Prime Minister of Ukraine Arseny Yatsenyuk stepped down on April 14, when the parliament approved his resignation. Yatsenyuk was "lost" for more than two weeks afterwards. He did not appear either at his home in Kiev or elsewhere in the country. It was said that Yatsenyuk could have left to Latin America. On May 1, however, he appeared in public with his family in Kiev.