US afraid of space offence by Russia and China

The Pentagon officials believe that Russia and China build-up potential to attack the US in space. 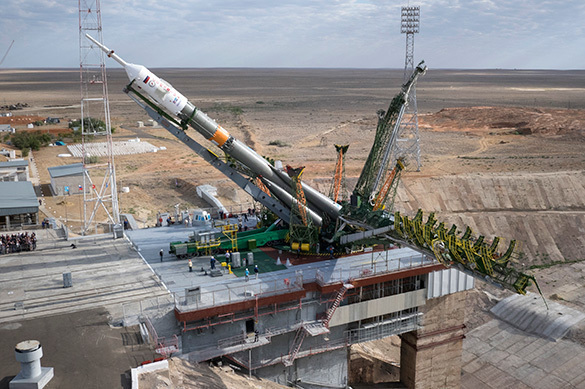 According to The Washington Post, "while the United States has been bogged down in counter­terrorism operations in Iraq and Afghanistan, Pentagon officials say that Russia and China have been developing the capability to attack the United States in space".

It is also mentioned in the article that while Russia, China and others are currently developing "technology that could take out the national security infrastructure the United States has built in space, Pentagon officials fear its satellites could be sitting ducks".

"We must recognize that despite our efforts, a future conflict may start, or extend, into space," Gen. John Hyten, commander of the US Air Force Space Command said.

Frank Rose, the assistant secretary of state for arms control, verification and compliance, has also claimed recently that he was "concerned about the continued development by Russia and China of anti­satellite weapons."

Pavel Pushkin, Director General of the Kosmokurs company told Pravda.Ru that it's strange to hear it from the US, as it's namely it who started the star wars.

He noted that such systems were really developed in the USSR, but they are being currently scaled down, while the US continues their active development and even tests such systems.

"Most probably the US military wished to get money once again for weaponry development in space and in order to justify their presence there," the expert claimed.

That is a conflict of interests which is possible in the space, Pavel Pushkin concluded.