NATO troops to warmer clothes and prepare for the unthinkable

According to the German press, NATO is about to experience hard times. According to Süddeutsche Zeitung, while the North Atlantic Alliance tries to defend itself, Russia does not miss an opportunity to flex muscles. 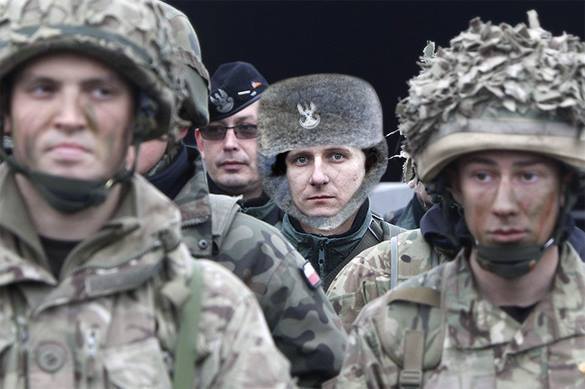 Moscow's actions are more decisive than any actions that NATO has ever taken in its history, German journalist Stefan Cornelius believes. He believes that NATO should "wear warmer clothes and prepare for the unthinkable," as Russia has its eyes glued on NATO.

Stefan Cornelius believes that Russia is superior to NATO in terms of military aviation, maneuvers, and the level of technical equipment.

"While the alliance is trying to respond to the worsening of the situation, Moscow is tightening the screws, and even finds the guilty ones at the same time," the German journalist said.

According to him, the deployment of several battalions in the Baltic States is just a  decorative gesture that pales in comparison with Russia's move to strengthen its positions on the border by means of three divisions. This decision of Russia comes as a manifestation of force and and far-sighted policy.