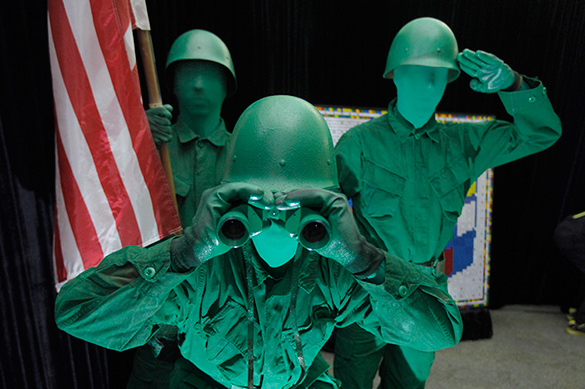 According to the National Interest, little has remained from the highly-developed defense complex of the United States of America. Professor of the University of California, Irvine, Peter Navarro, noted that the US had a strong economy at the beginning of the Second World War. The economies of Nazi Germany and imperialist Japan combined accounted for only a half of the US economy, the professor wrote.

Also read: To revise results of WWII, the West needs to win WWIII

Currently, most of those strategic factories are closed, while production develops actively in cities such as Chengdu, Chongqing and Shenzhen. Such a turn of events has created a huge strategic problem for Washington. Should large-scale military actions take place, the United States will no longer have the industrial advantage.

"Indeed, today, while China's 60 major shipyards are working overtime to churn out submarine wolf packs and all of the various chess pieces that comprise aircraft carrier strike groups, many of their US counterparts are either gathering dust, consolidating, or already closed down," the professor wrote.

Nowadays, Navarro added, China's Chengdu makes fifth-generation fighter aircraft made on the basis of American F-22 and F-35. In the US, the F-22 program is closed, while the development of the F-35 came across financial and technical difficulties.