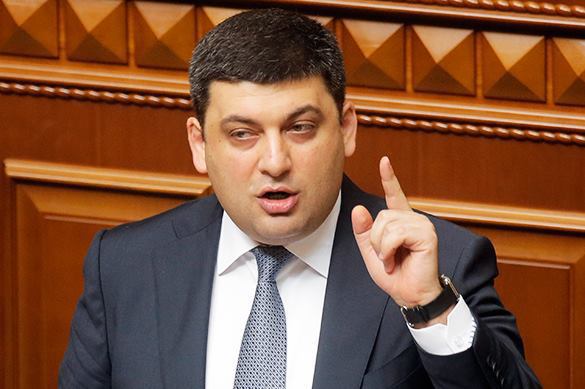 Groisman said in an interview with 24 TV channel that "Russia's biggest mistake is what they have done in Ukraine. This is a historic strategic mistake."

"Russia should decide for itself how it wants Ukraine to build relations with it," he added. According to Groisman, the Ukrainians have proved that they would not betray their country.

Relations can be built "with any neighbor, unless it is an aggressor or a killer. If your neighbor is a killer, then what can we talk about?" Groisman said, noting that Ukraine does not buy either gas or coal from Russia.

On April 14, Groisman described basic directions of activity of the Cabinet of Ministers. The program received the support from 214 MPs with the required minimum of 226 votes. A repeated vote for the program some time later did not collect the required minimum either. As a result, Groisman desperately called on the parliament to vote for his program: "I would ask the Parliament to be consistent and support the program," he said.